In case you missed it

Hey guys! I’m Victor Ullmann from Curitiba, Brazil. I studied at PUCPR and got a major in Game Development. My first job in the game industry was at Beenoculus XR in 2016, where I had the pleasure to work with different kinds (great variety) of projects in educational, work safety and business fields. Since 2017, I have been working at Beetools, a company from the same group as Beenoculus XR, which focuses on language education. Now, I’m working on a new English course project in VR for pre-teens as Environment Artist and Technical Artist.

Note: The scene was made under the mentorship of Ryan Benno. 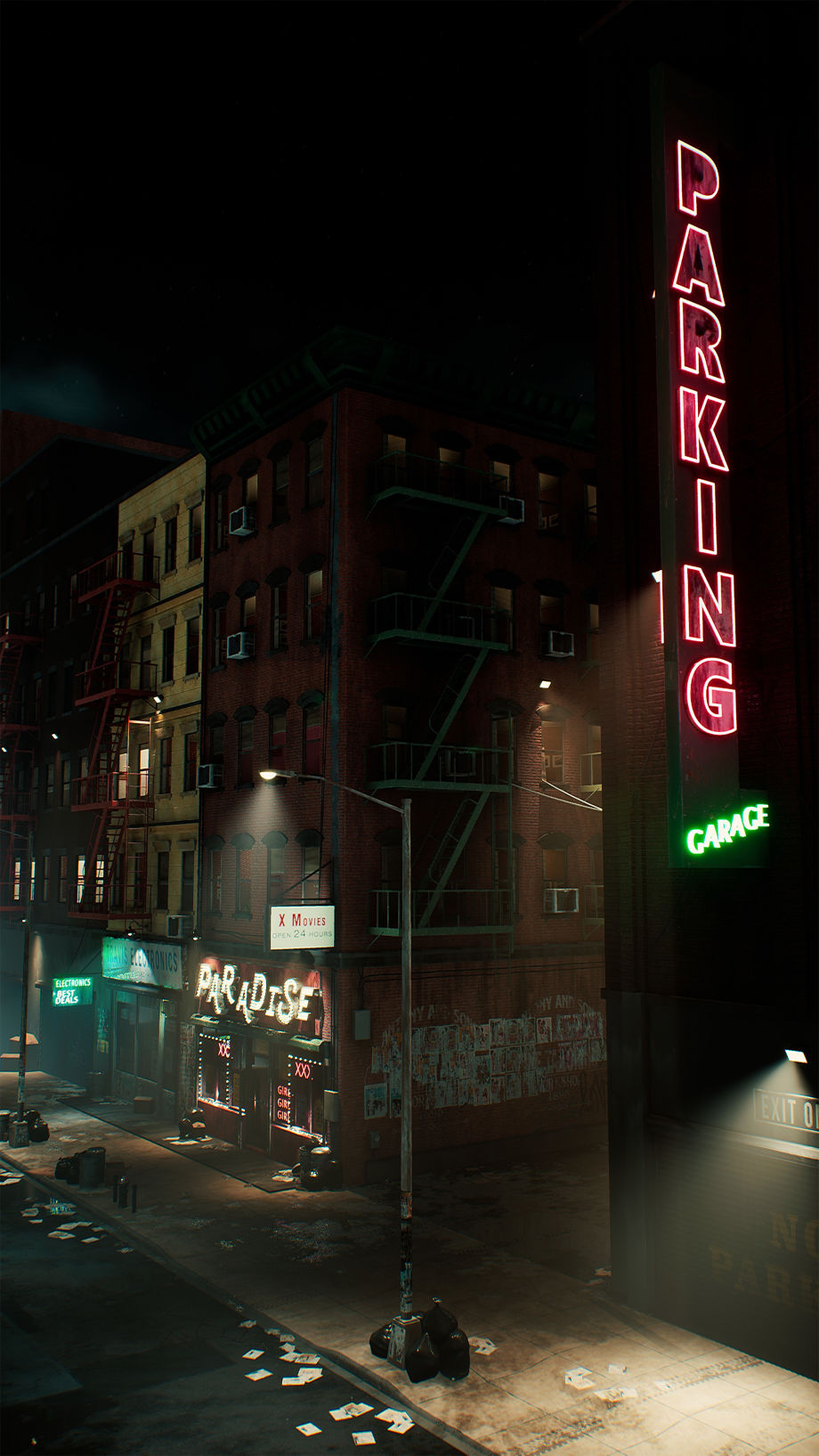 I have played The Division (the first one) and Marvel’s Spider-Man a lot, and these games made me see New York City from a different point of view. I became curious to see a game that would have the same mood as my favorite movie, Scorsese’s Taxi Driver. I used those two games as references to make the assets and the movie to bring the right mood and ambiance. 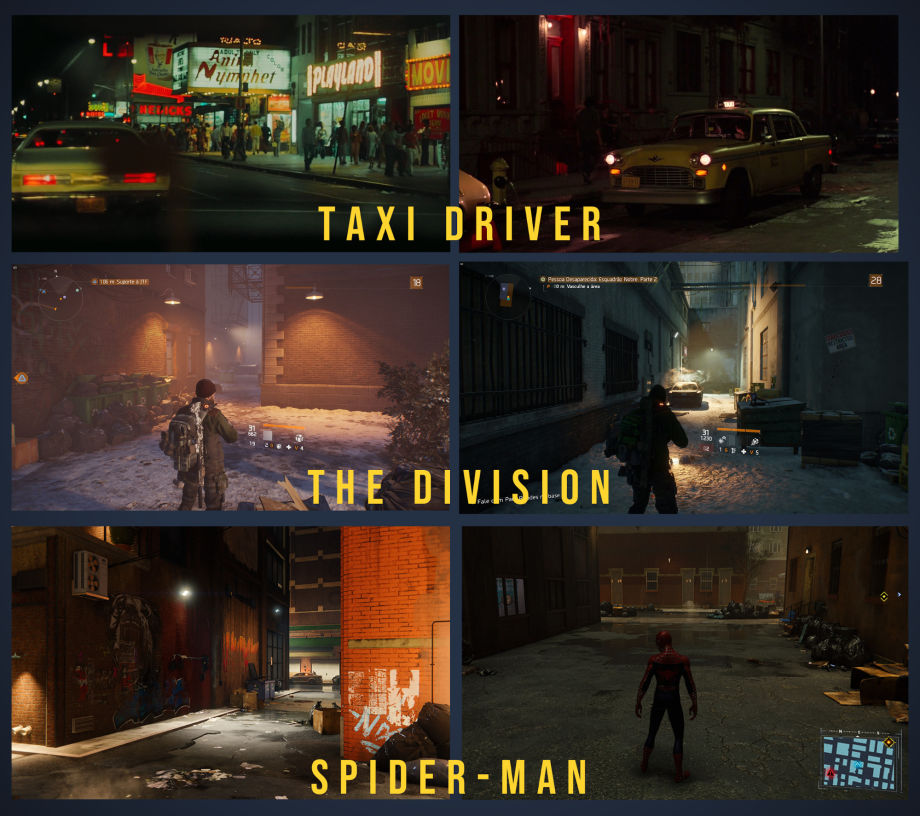 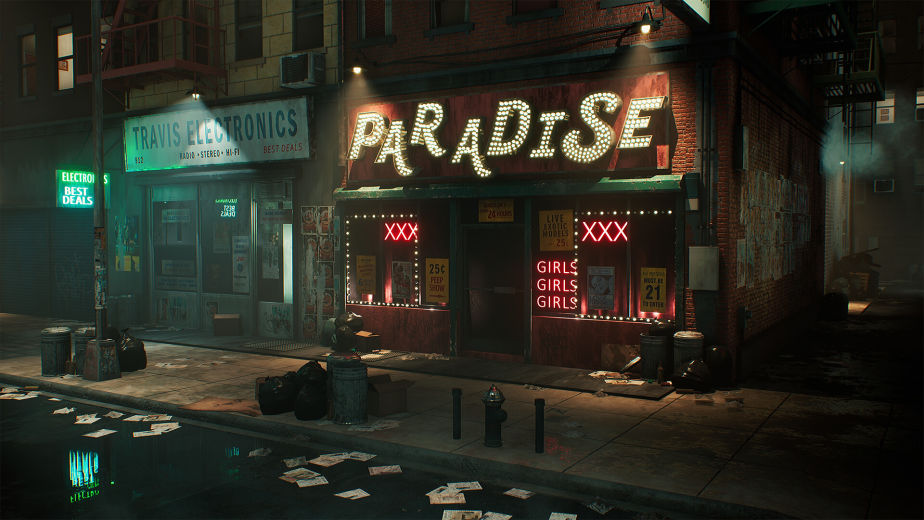 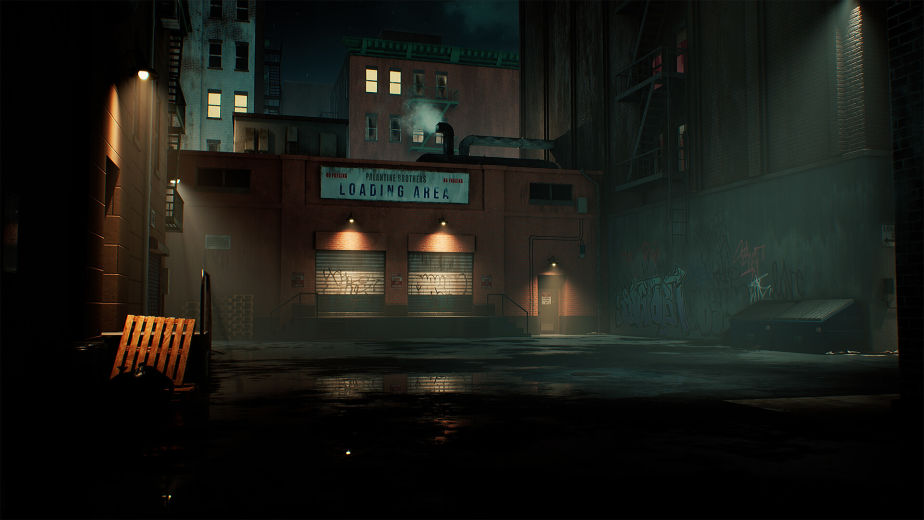 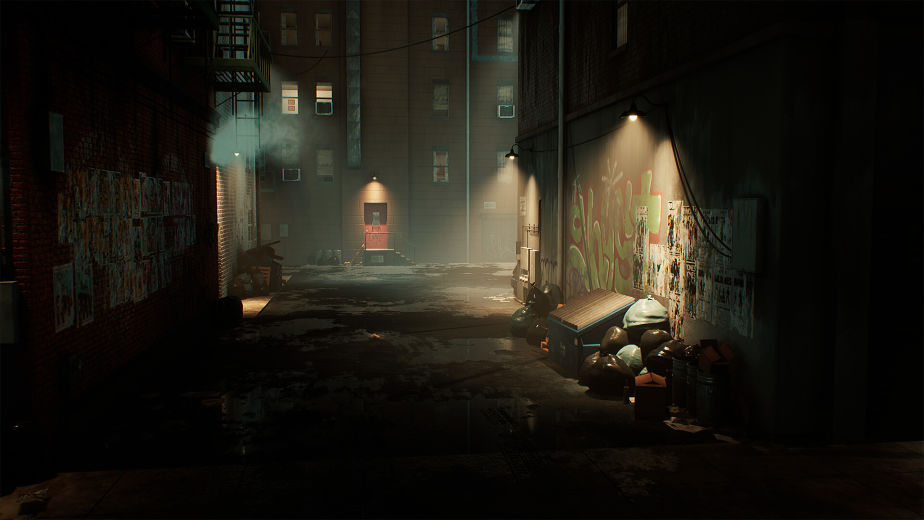 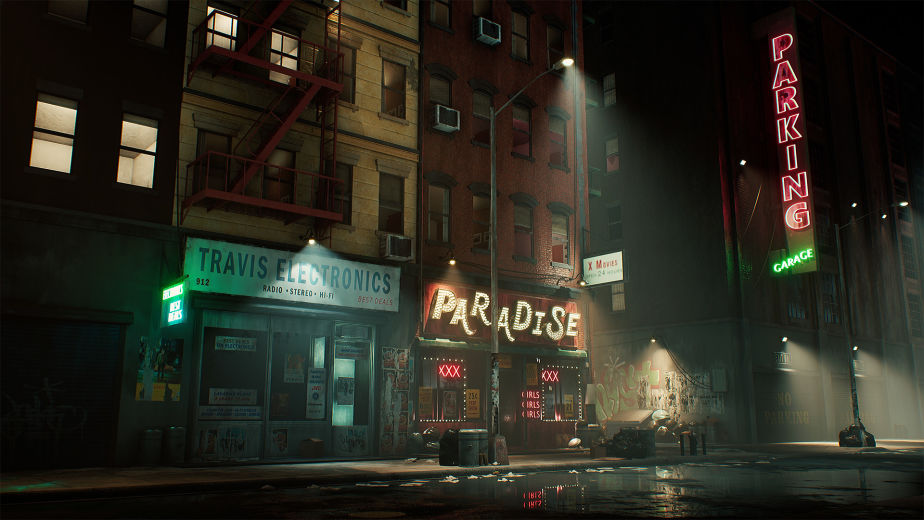 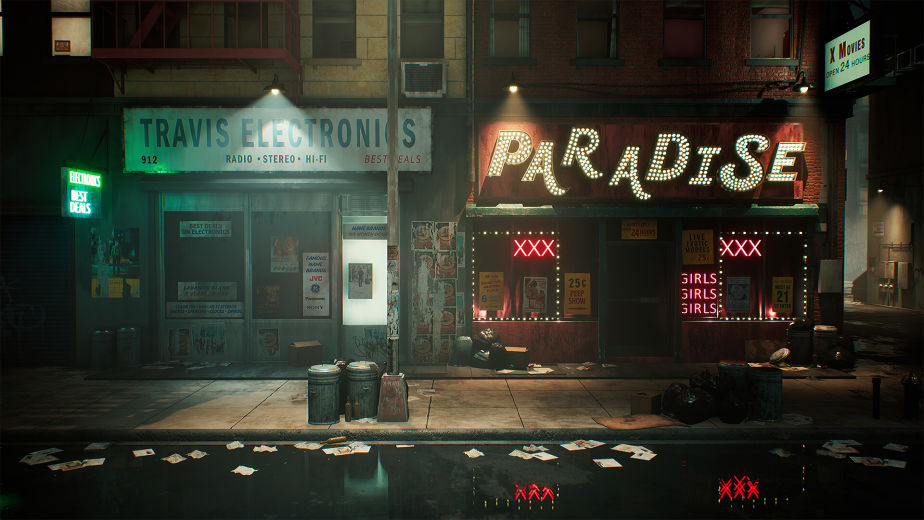 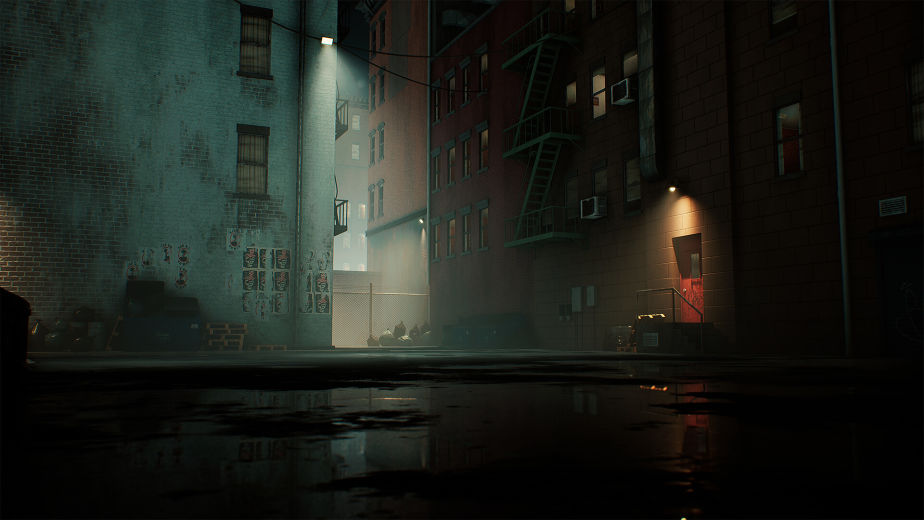 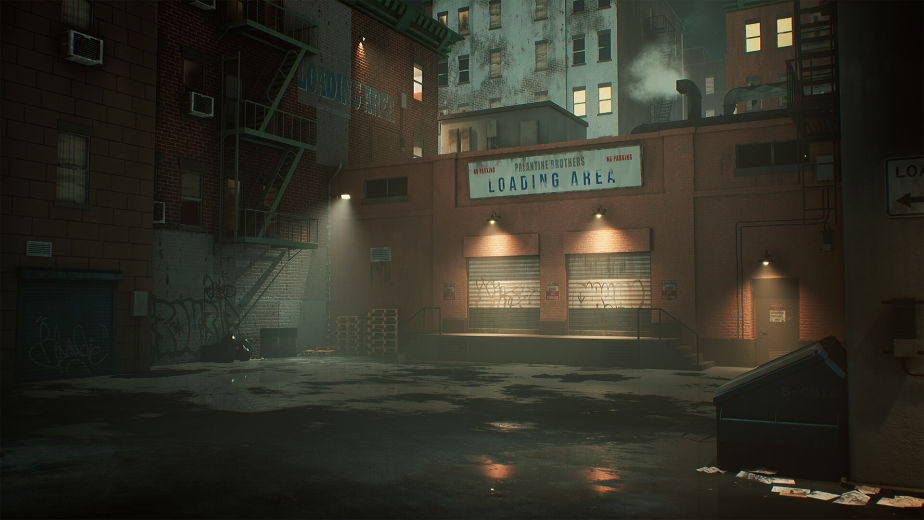 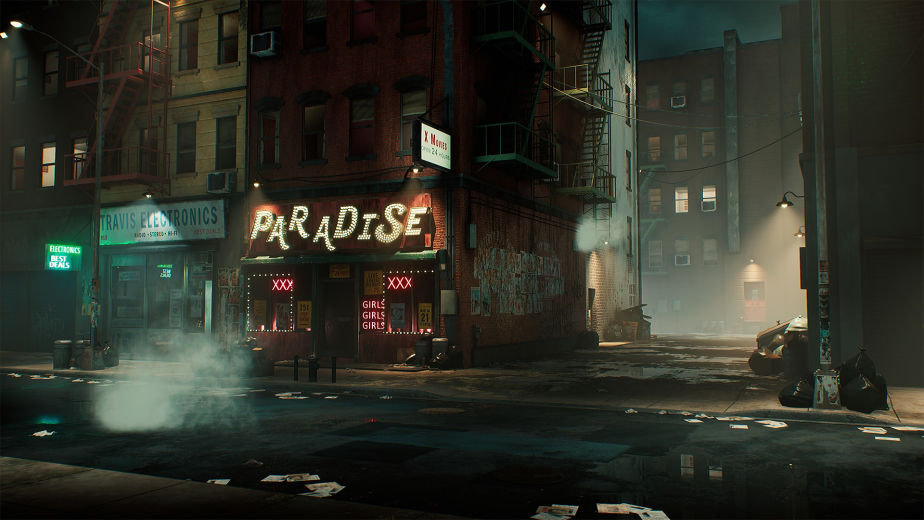 First of all, I thought it was more important to set the sizes of the buildings, so I used cubes inside UE4 to know what scales and dimensions I had to work with. After that, I set my scale in meters in Maya and made the base meshes of the buildings on the scale of 4x4 meters, so that everything that I was modeling after that had the same proportion (4x1,4x2, 2x2, 2x4, etc.) to snap easily. For the props, I used the high poly bake technique. 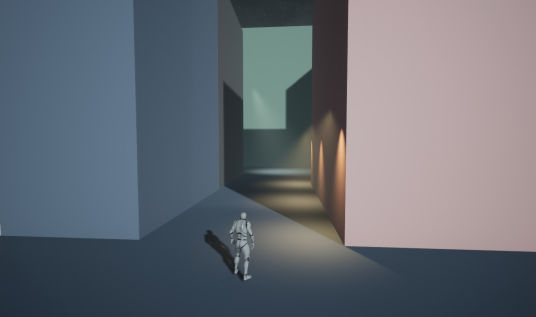 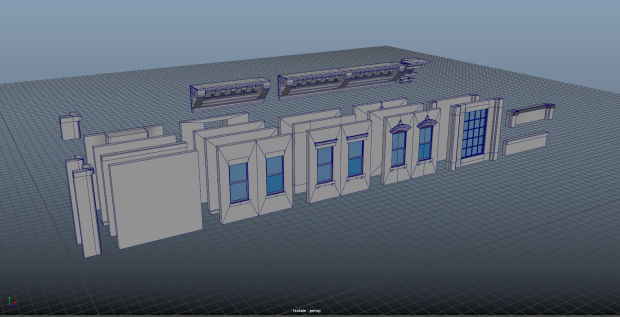 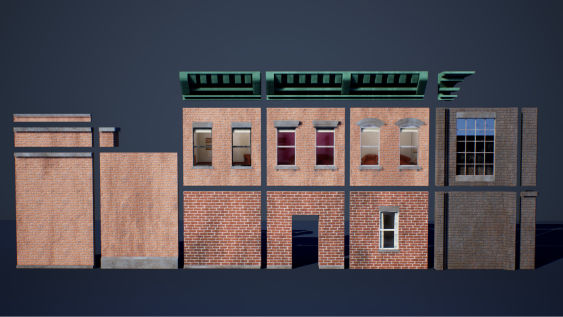 The first step was to create the buildings. I used the grid mode in UE4 to help snap the modular pieces. Then, I started to add some props that are important to the general city-style into the scene, like the fire escapes and the dumpsters. After that, I started to play with the lights and went back and forth with different lightings. From the beginning, I wasn’t sure if I wanted a sunset or a night light setup. 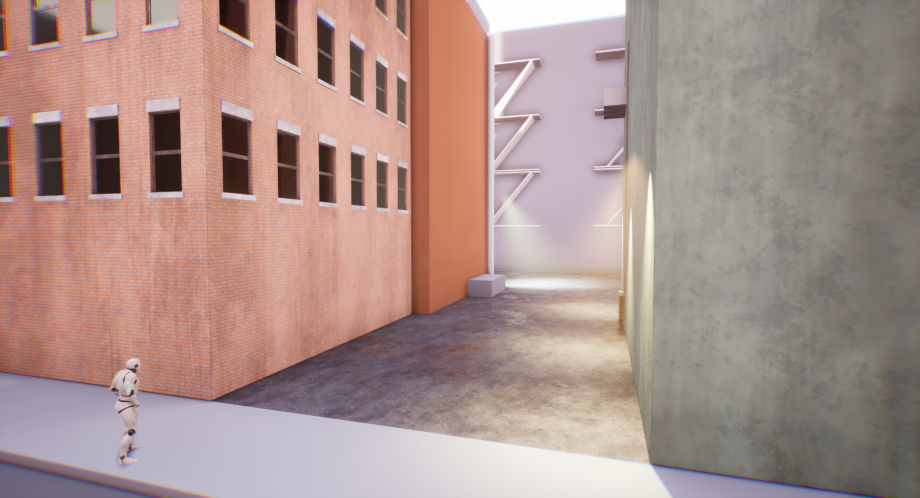 With the blockout done, I tried to find references in the games to see how the props are placed. It was very important to know from the beginning which shots I was going to take in the scene, it helped a lot when I assembled the level.

Also, I used a camera in the third person with a character to know where to place the props based on possible gameplay. This combined with the takes gave me a strong foundation for how to do it. The references were the most important influence on my decisions. I looked for small props in the pictures and tried to build clusters of props with the same idea and proportion. I had to know the relation between every prop and have places with more and fewer details in order to give balance to the scene.

For the signs, I tried to stick to the aesthetics of that time. I think the typography and the saturated colors of the signs were a more important part of this process, besides overstating the number of signs, posters, tags, and graffiti. 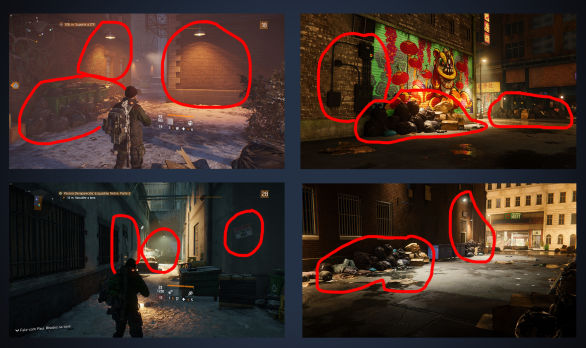 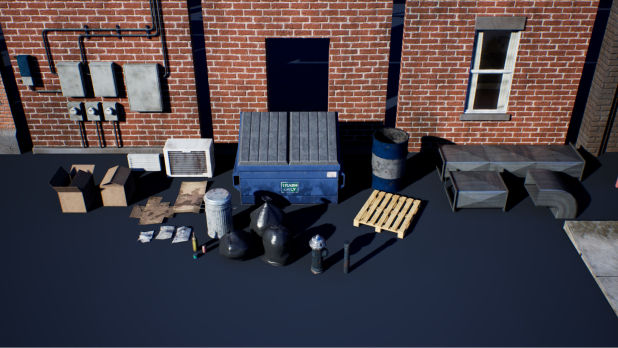 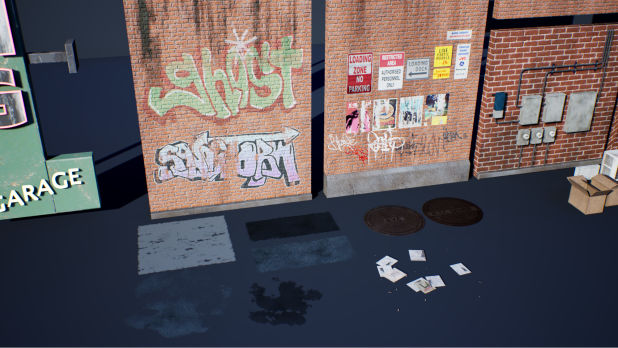 One of the goals of this project was to work with tile textures and find a way to break the repetitions of those textures. So I made a master material that had two settings:

I would always carefully set the parameters so that the material looked photorealistic. 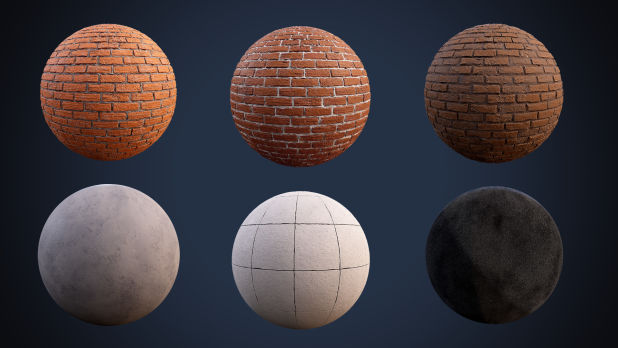 Another technique used in this project was the Ultimate Trim Sheets, a technique that speeds up the texturing process and creates a high poly look with fake beveled edges and makes materials more reusable. Here is a GDC talk about this technique.

I also used a tool for Substance Designer from Justen Lazzaro that helped me to make the trim textures with the 45 degrees angles on the bevels. Find the tool here.

For the posters, I made a shader that had a world aligned mask in order to get the torn style. I used the same mask with an offset to show the white detail of the tear on the post glued to the wall.

For the window interiors, I used the same technique of the Spider-Man game, using a cubemap with a parallax effect.

The scene is totally dynamic, nothing was baked. As mentioned before, the references were the key. To give the right mood of the '70s I put a lot of warm lights as spotlights and put a volumetric fog to improve the overall mood with the lights. The neon signs also helped a lot with this, the trick was putting a point light in front with the same color of the neon sign to bounce better.

During the color correction, I decided to increase the green color so it would contrast with the reds and oranges of the scene. 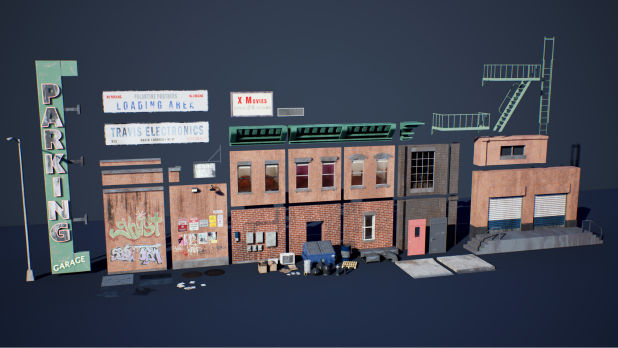 The mentorship was an awesome experience. Aside from all the techniques that Ryan taught me, the knowledge and experience he shared were outstanding. He talked a lot about the mindset he has when building an environment while linking it to the narrative. He didn’t just teach me how to design an astounding environment but taught me how to include subtle context clues and important details to the world where the atmosphere itself would contribute to the overall narrative and sometimes even tell a story of its own, without the need for words.

Another alley in UE4

We need your consent

We use cookies on this website to make your browsing experience better. By using the site you agree to our use of cookies.Learn more