Founded in 1996, Foundry are creators of pioneering software for the creative industries. They are headquartered in London, with over 300 employees and a presence in the US, China, Japan, Australia and Europe

We have been developing creative software for the Digital Design, Media and Entertainment industries for over 20 years. Our products are used to create breathtaking visual effects sequences on a wide range of feature films, video-on-demand, television and commercials.

Our clients and partners include major feature film studios and post-production houses such as Pixar, ILM, MPC, Walt Disney Animation, Weta Digital, DNEG, and Framestore as well as automotive, footwear, apparel and technology companies such as Mercedes, New Balance, Adidas and Google.

We partner with these companies to solve complex visualization challenges to turn incredible ideas into reality. This is why our software has been integral in the making of every VFX Oscar-winning film, award-winning TV shows and commercials for more than a decade.

CG Spectrum’s online school for Animation, VFX and Game Design is inspiring and preparing the next generation of production-ready artists.
Game Art Institute is a leader in online Game Design classes that offers intensive Bootcamps based on the ever-changing needs of the gaming industry.
SineSpace is a multi-user simulation engine available free on a public grid and on a paid license basis for private grids.
Innovative online courses for a successful career in the Art, Games & VFX industries.
Explore vendors

As Coronavirus continues to change our lives, Foundry decided to help the community too.

Ivaylo Petrov from WorldWide FX shared his personal experience of being a VFX artist in the industry, compared art and technology, and gave some valuable advice.

The Gnomon Workshop team released a new training course by Miguel Ortega that discusses the creation of cinematic shots.

Mateo Orozco did a breakdown of his adorable work Halloween Friends: blockout, sculpting, texturing, and lookdev. 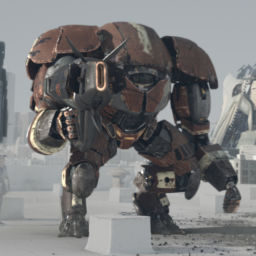 Denis Udalov took the CGMA course Sculpting Anatomy: from Animal to Creature by Gael Kerchenbaum and talked about the wild Indian bull Gaur created during it.

We need your consent

We use cookies on this website to make your browsing experience better. By using the site you agree to our use of cookies.Learn more